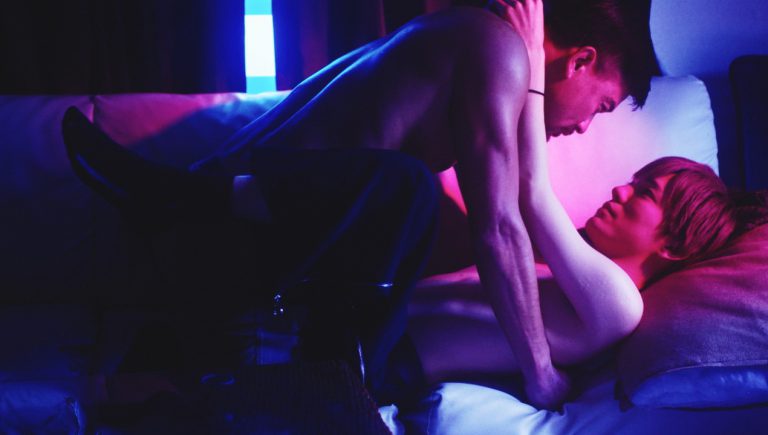 □Official Site
□Trailer
A former athlete, Kohei is a swimmer with a wife and child. One day his wife asks him to sign the divorce papers. From shock, he escapes to alcohol, finding himself one night in Tokyo’s Gay district, Shinjuku 2-Chome, where his fateful meeting awaits with Yutaka, a beautiful twink. Yutaka makes a living from live sex webcams with men, but his dream is to become an anime creator. Yutaka however is tortured because he still hadn’t come out to his father who collapsed from illness. Kohei and Yutaka both carry a cross. They hesitate but can’t stop being drawn to each other as if they need each other.

The two fall for each other, even at times hurting the other. Kohei however begins to struggle about what it means “to love somebody” and questions his “sexuality”, through his contacts with different personalities in the Gay District. Meanwhile, Yutaka encounters his gay-ex Atsushi, and starts to realize he will never be able to be with Kohei who is gay-for-pay.

Kohei is played by Joe Nakamura, who is known for the film “Manhunt”. He also acts in international films, including Taiwan, Hong Kong, and Singapore. He portrays with force the internal struggles of Kohei who is straight until he meets Yutaka who is gay. Yutaka is played by Harajuku boy model Yohdi Kondo. His acting is a veritable tour de force on screen. Others on screen include Wahaha-Hompo’s Yoshiaki Umegaki who plays Priscilla, a host at a bar in Shinjuku 2-Chome where people from all walks of like drop in for her company. Her presence on screen is superb. 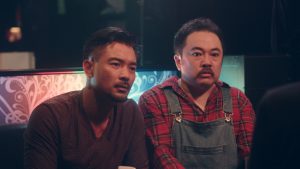 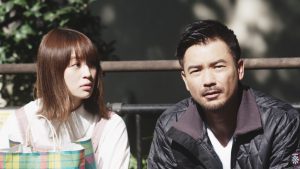 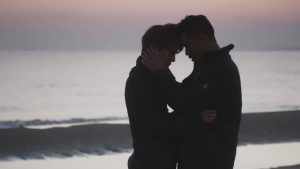 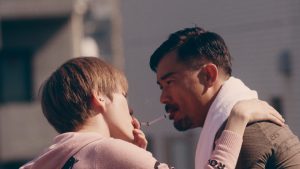 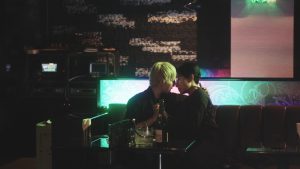 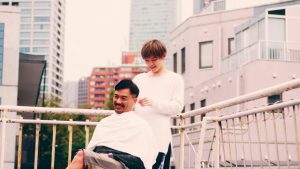